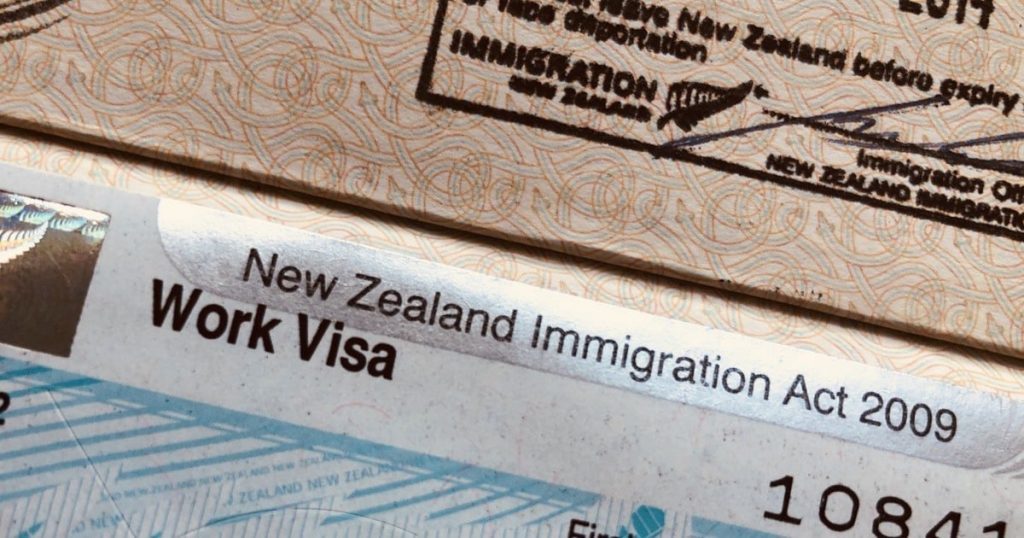 Health Insurance for immigrants on a work visa is a way to protect yourself and your family, if you need acute medical treatment.

The best private medical insurance for immigrants gives you priority access for urgent treatment in private or public hospitals.

Immigrants and non-resident families in New Zealand on a work visa that is less than two years, are not covered by the public free health insurance.

Immigrants with less than two years of work visa are not covered by the Public Health System in New Zealand. Private medical health insurance provides urgent access treatment in a hospital or with GP.

If you are interested in a particular topic, feel free to jump ahead:

Health Insurance for immigrants on work visa may or may not be eligible for publicly funded health insurance.

The criteria that the Ministry of Health looks for to determine if you qualify for are:

A person who holds a work visa that either:

is eligible for publicly funded health and disability services.

If you are eligible for publicly funded health and disability services you are also eligible for private health insurance, just as 1.374 million New Zealanders.

Most New Zealanders have private health insurance through the likes of nib, Accuro & Southern Cross.

Read more about your options.

And according to the Government, New Zealand has a world-leading healthcare system which makes most services available free (or subsidised) to people who meet the eligibility criteria.

NZ Visitors, non-residents and immigrants on a less than 2-year work visa may not be eligible for free healthcare in New Zealand and are required to pay for their healthcare.

Tourist should have travel cover from their own home country.

You will not be refused any urgent or emergency treatment, in the public health system. But you will need to pay for it.

In New Zealand, the accident & emergency department usually go by the term A&E and are managed by the local District Health Board.

However, public hospitals cannot provide for everyone.

More and more New Zealanders that have access to free public healthcare decide to sign up for private healthcare.

That is somewhat of a contrast to the Governments message about the world-leading healthcare system.

According to statistics from Health Funds of New Zealand Association, a total of 1.374 million New Zealanders had private health insurance as of 30 September 2017. Up 18,900 the last year.

That is substantial and perhaps an indication that New Zealanders prioritise fast access to healthcare, thereby avoiding the public healthcare waiting list.

Non-residents and immigrants on a less than 2-year work visa need private health cover unless they want to pay for healthcare themselves.

3. As an Immigrant or Non-Resident on Work Visa, what are your risks?

Ask yourself this one question: as an immigrant or non-resident in New Zealand, possibly with or without family, can you afford to pay for significant health costs, like surgery, or day-to-day things such as doctor and dentist visits?

Here is an overview from Health Funds Association New Zealand on how much your surgery might cost:

The above chart gives you an indication of surgery costs in New Zealand.

ACC and the Public Health system are pretty good.

Because if you need acute surgery immediately, for example, that’s always going to be taken care of through the public health system. At a cost.

From time to time, stories are circulating in the media and on the internet about immigrants and non-residents that are in financial trouble.

Their health has failed them, and without Health Insurance for Immigrants on Work Visa, they have to start petitions and ask money from New Zealanders.

And New Zealanders are generous.

These headlines from Stuff are only a few but heartbreaking.

4. How does the New Zealand healthcare system work?

If you are injured while visiting New Zealand, ACC may cover treatment and rehabilitation costs while you remain in New Zealand.

The public health system is subsidised by the government but does not provide coverage for everyone in New Zealand.

If you have a New Zealand work visa for less than two years, subject to some exceptions, you will need to pay for your public healthcare as you require it, which can be somewhat expensive.

The private health system gives you the power to chose when, where and who treats you for health issues. Power to the people.

If you have purchased private health insurance for immigrants on work visa, you are covered, and you will only need to pay whichever excess you selected when signing up for medical cover.

5. Without Health Insurance and relying on the 'Elective Surgery' system

If you are an Immigrant or non-resident, you might not have heard about the ‘elective’ procedures.

The government uses the term ‘elective procedures’ to identify all hospital procedures that can be put off at least a week and are not as urgent.

Here a headline in the New Zealand Herald from 2011.

It involved 1,800 people and has a margin of error of 3 percent.

When this survey was conducted, the ‘elective surgery’ waiting list was estimated being at 100,000 people.

The same survey also identified the average amount of days to surgery from first GP visit.

As an immigrant on a less than 2-year work visa or non-resident, having health insurance can make a huge difference.

Because with health insurance for immigrants on work visa, you will

1) pay a premium for health insurance and

My intention is not to confuse you but to give you a clear picture of the New Zealand health system.

Say the scenario is that you are an immigrant on a less than 2-year work visa and without health insurance.

Then according to the survey, you will on average wait 177 days to surgery, from first GP visit.

But wait, that is not all.  There is more.

The local DHB will charge you the full amount for the surgery as well.

This is where Health Insurance for immigrants on work visa can be really handy.

6. What are the benefits of Health Insurance for Immigrants on Work Visa?

Nothing is more important than your health. Which is also your greatest asset. If you cannot work, you cannot earn an income. With health insurance for immigrants on work visa you get the highest quality of care when you need it. Irrespectively of where you are from. You can select your policy excess, which will help bring down the cost of health insurance, to fit within your budget. If your family has a New Zealand visitor visa, they can all be covered as well. You are all covered for just about every cost linked with hospital and surgical care, even oral surgery, including larger expenses such as surgery (an operation or procedure to treat a disease or an illness) and private medical admission (treatment in a private hospital without the need for surgery). Add-on options

Life Insurance for immigrants can some times be tricky.

Because the reality is not every life insurer in New Zealand caters to immigrants.

In my experience, there are a few insurers that offer life insurance for immigrants, that are in New Zealand on a work visa.

Should I choose a shorter or longer waiting period?

You can save on your Income Protection Insurance premiums by extending your waiting period. You need to consider if you can finance the waiting period yourself possibly without an income from your employer. Perhaps you have enough savings and sick leave up the sleeve during the waiting period.

Surgery costs are expensive, and as an immigrant, possibly without any family support, such expenses can be devastating. Selecting a cover for your immigrant or non-resident family can help protect you financially as well as provide for healthcare when you need it.

With health insurance for immigrants on Work Visa, you are jumping the line and only paying a fraction of the real costs.

This is the power of private medical insurance.

You are welcome to comment below, and I will try to answer your questions regarding Health Insurance for Immigrants on a Work Visa.

Alternatively, you can click here for an instant online quote.

Disclaimer:
To proceed with a health insurance quote, you’ll be diverted to the website of Accuro Health Insurance. If you proceed and buy insurance from Accuro, LifeCovered will be paid a small commission.

Disclaimer:
You’ll be diverted to the website of Accuro Health Insurance. If you proceed and buy insurance from Accuro, LifeCovered will be paid a small commission.